When it comes to songs about Los Angeles there are endless classics.

There are also many recent releases about city, and different types of experiences existing within it. Here are three artists making music about Los Angeles, YouTube videos included.

R&B artist Reggie Becton set out to solve a problem when he released a music video for his acclaimed single “Rainin’ in L.A.”

Reggie noticed that social media has been complaining about “how R&B wasn’t the same anymore because men don’t sing in the rain, so I wanted to fix that problem. I really wanted to do something that paid homage to the great R&B artists that paved the way.”

And sing in the rain he does.

The result is soulful, personal, and showcases the intrigue of the city of L.A.

The inspiration for the video’s visuals, were largely, Los Angeles. The artist also made a point to pay homage to R&B stars who came before him, both as an honoring and to show that the traditional style of R&B is still very much alive—albeit in this case, injected with his own new wave, contemporary sound.

Becton spoke about the concept:

“When coming up with the treatment for the video, we knew without a doubt that Los Angeles had to be the backdrop. In the video, you see places in LA that are pieces of my reality: a Downtown Los Angeles skyline which is where I worked my first job, you get a glimpse of La Brea which is where I spend half my time just sitting in traffic and you get to experience what my home for the past two years looks like when you see The Jungles, a very historic neighborhood in LA.”

“WALU was the only person I knew that could capture the essence of the song so well and I truly do not think anyone else could have done a better job.”

In 2020 The Aces released a single called “Lost Angeles” via Red Bull Records.

The single was first teased to fans during a recent digital performance for FADER Fort. It’s is a bittersweet yet upbeat single about love and loss i 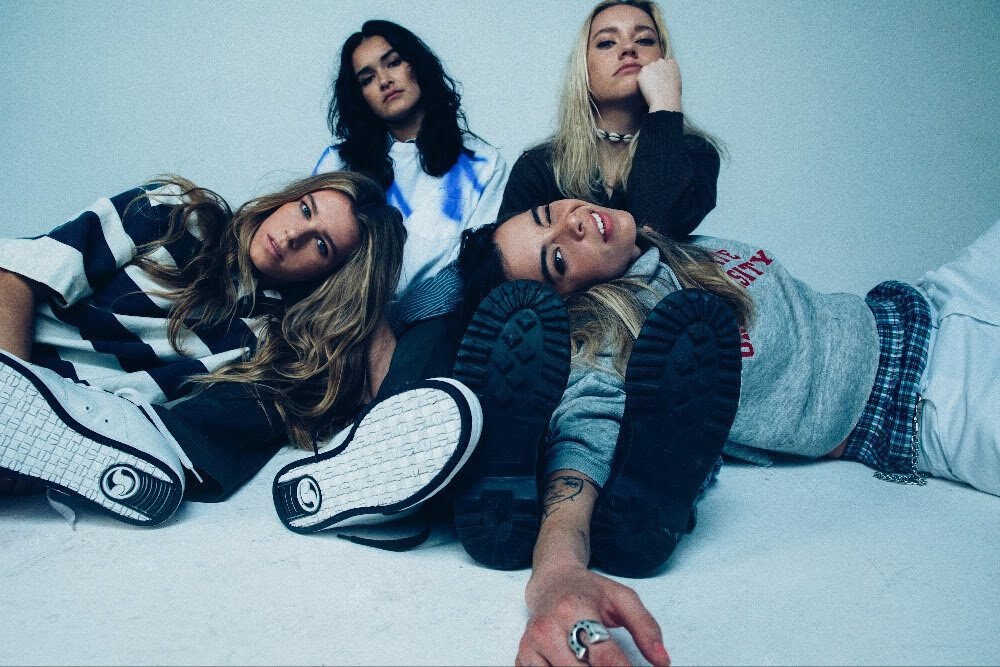 n the City of Angels.

“‘Lost Angeles’ is about the dark sides of LA, and that experience of being infatuated by Hollywood and a new city, but then having the excitement and romance of it ripped away at the hands of heartbreak.”

The song has a decidedly more pop vibe than some of their other stuff, a sign that the band’s alt-pop sound will continue evolving.

Last month The Aces released “Daydream,” which was the first song they’ve put out since they released their debut album When My Heart Felt Volcanic, back in 2018. “Daydream” garnered 1.5 million streams within a week. It’s accompanying video was directed by The Aces’ own Alisa Ramirez.

The Aces are made up of sisters Cristal and Alisa Ramirez (vocals/guitar and drums, respectively), McKenna Petty (bass), and Katie Henderson (lead guitar/vocals.) They are managed by Roc Nation.

So technically it’s not necessarily about L.A., but the song ponders questions that are relevant to the city, such as:

“Does fame attract rotten people or does the fame itself rot them?”

The song is minimalistic and echoing, strung with delicate vocals and packed with synth, all forming a very cinematic atmosphere.

Tiny Deaths is the moniker of singer/songwriter Claire de Lune. For this project, she teamed up with producer Grant Cutler and formed a middle ground behind her background in R&B and Cutler’s experience with more experimental music. Their style has been compared to bands like Phantogram, Beach House, and Purity Ring.

Of “The Jump,” De Lune adds that “There’s also a Shania Twain easter egg in there for fun, for anyone paying close enough attention.”

De Lune’s music has been featured in the Netflix series Atypical, as well as on MTV, ABC, and most recently receiving a placement in the video game Tell Me Why. She’s worked alongside acts like Sleigh Bells, Glass Animals, and How to Dress Well.

In writing this I realized that I’d never seen the music video for “Free Fallin.'” It’s a candy color version of Los Angeles from the late 1980’s, which I for one, very much appreciate.

I’ve included that for your viewing pleasure as well.