I recently spoke with Sean Crampton, a varied film industry professional and founder of The Rebel Filmmaking Community. He’s put his own filmmaking experience and knowledge into creating the RFC, an A-Z filmmaking course for anyone, at any stage in their career or project concept, who is interested in making a film.

We caught up about some of his personal perspectives and values within the world of filmmaking, why he launched the RFC, and what you can gain from taking the course. (Oh, and That’s Random Kate readers get 50% off! Use code: DIVVY at checkout.)

Tell me a bit about your background and filmmaking experience and how it ultimately led to launching the Rebel Filmmaking Community. Why now?

I moved to LA fourteen years ago to pursue acting and in those years my pursuit has evolved to include: acting-writing-directing-producing professionally. I love them all for different reasons and all have made me a better overall actor/artist.

What I didn’t love was Hollywood. The gate-keeping. The treatment of artists for a dollar. So, this course is my attempt to help fellow artists make a film; whether it be short or feature length (the course scales down to any sized film as well). I teach it in digestible podcast style chunks so it’s learn at your own pace, no BS, and understandable.

People can watch all the MasterClass they’d like but they might not understand how truly far away they are (at the moment) from making something as good as Scorsese. I am giving them something attainable. I always get new clients after people see my films. 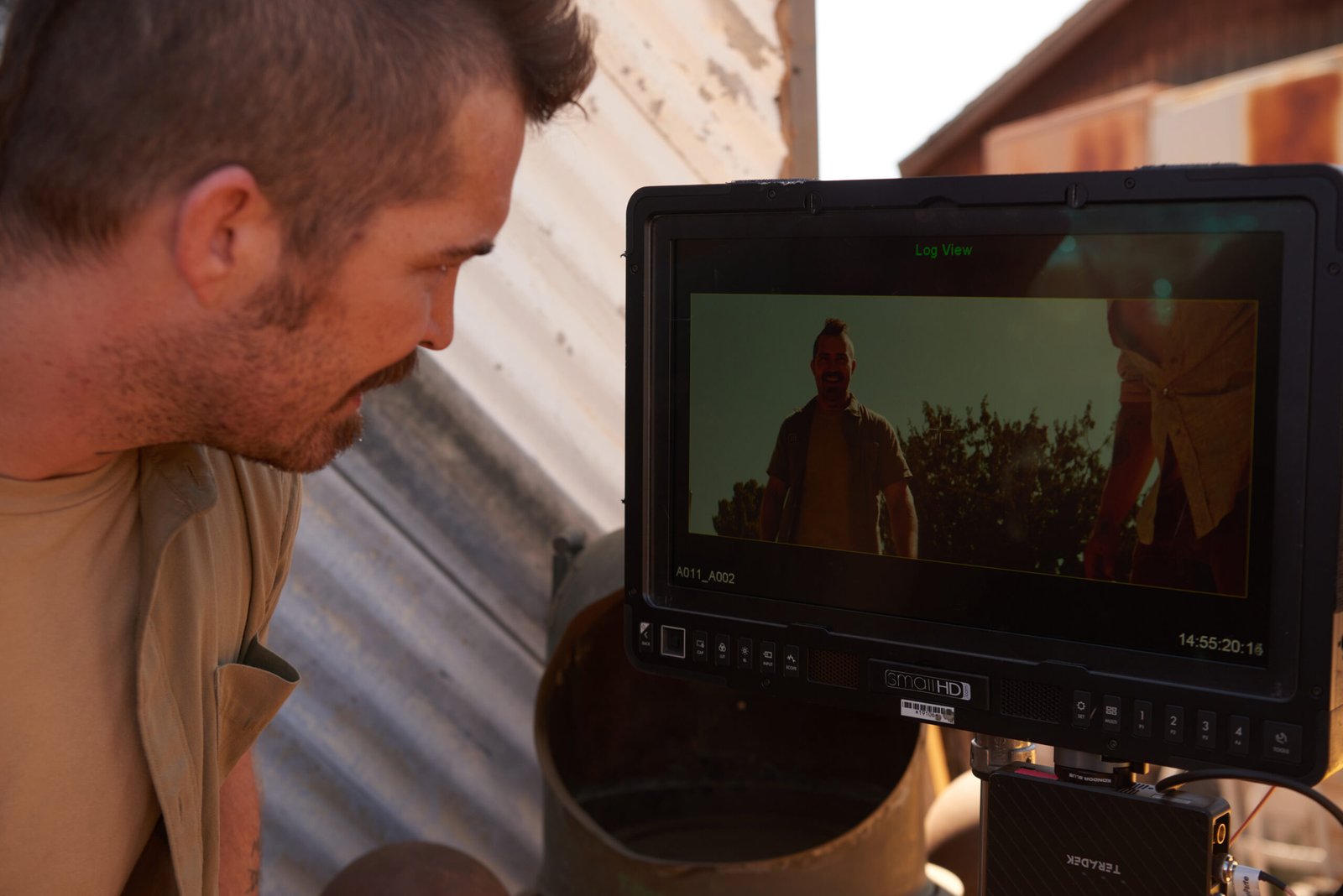 The course is also chock full of intangible advice. Advice that can only come from doing something yourself. I think it could save people time and money on that advice alone.

The RFC covers filmmaking A-Z, tell me about that! If someone is brand new to filmmaking, would this be a good place to start?

Great question! The most common questions I get: “Where to start? How? I don’t know anything about equipment or movie making; should I even try? How do I feel it? Raise money?”

So, A-Z means that I can take you to the finish no matter where your project is. If you have a script, great! Just an idea? Awesome! You have nothing at all? We help with that too!

I have referred to this course as the “Soccer-Parent” film making course. Meaning any person who wants it – can do it with my course.

No matter what skill level you’re at in your career, if you’re looking to make a movie then this course will have lots to offer you.

Part of the focus of the Rebel Filmmaking Community is on being self-sufficient and taking control of your own career. How has that served you?

When I started RFC, these above themes were not at the forefront of my mind. But upon completion and then reflection, I realized these qualities can determine ultimate success or failure. Because unless you’re hoping to be an anomaly (something we cover in RFC) then you’re going to get to (not have to) put yourself out there.

Try. Expose yourself. No one will care about your project more than you. No one. Not your mom, dad, lover. No one. Might sound harsh but I think it’s lovely. Just means you should do what you love (don’t fret about the money).

When I first moved to LA; I had many many “no’s”. I learned quickly that if people weren’t hiring at the moment, then I got to have the space to make my own materials. (Why are we working so hard to make someone else wealthy through our art anyway?)

So, taking control actually meant letting go. Committing. What do I mean by that? I know what I want but I can’t control how I get there, and when I do try and control then I inadvertently slow my own progress. Commit. If you’re here for a year to make a movie, then best of luck to you. If you commit to a lifetime, then there’s no rush.

No pressure. No desperate energy to turn people (investors or collaborators) off. So, commit then take the pressure off.

The other piece of this is it’s allowed me to change the way sets are run (on my set). I don’t do the Hollywood model or standard. I do shorter days. I do less days. I think it’s absurd that on shooting days that a crew/cast member couldn’t plan a dinner or go to the gym. It’s a movie at the end of the day, right? Movies are church for me but they’re not everything.

What do you look for when you’re building a creative team?

Natural alignment. Reliability. Trust. This is why can take years to make any traction in Hollywood. Takes time to reliably build that. Hear me now.

As talented as you are, there are 1,000 others as talented or more. Truly. That’s not a dig. That’s freedom. Be a good, reliable person and see your career blossom over time.

Also, if we’ve done our job right on the hiring process then every artist should be aspiring to do their best job on set, right? So, there’s no need to micro-manage that aspect of film making. What you manage is energy and personality and time. Making sure people feel good, have fun, and work hard (all of this advice is under the guise that you’re a hard worker as a base line).

Any surprising/interesting places or ways that you’ve connected with people that become teammates or collaborators?

The gym oddly enough. Now, not LA Fitness or something like that. I went to a CrossFit gym in LA called BRICK. Lovely space and people in WeHo. Anyway, what I realized is that most of my industry connections were from folks at the gym.

I then further realized that the price point of the gym invites a certain standard of folks. Not better than anyone else. Just people who are able to afford this luxury and through natural conversation and alignment, I made friends who became collaborators or conduits to my career. Find your version of the gym.

I also made my biggest team at acting school and sought out like minded hard workers.

Do you have any updates to share on your current projects?

My film, “The Wheel”, which premiered at TIFF 2021 is out to rent/buy on TVOD. I produced the film and was the intro of the script to the investors (then Mr. Josh Jason took the investments all the way with his incredible work!)

My film, “The Stalking Fields” distributed by Gravitas Ventures, is set to be released December 20th, 2022 on rental platforms before we take it to streaming. Very excited! You can follow @thestalkingfields for updates!

I wrote and directed a project called “Helmet” for a wonderful EP. That project is going to hit the festivals soon as we take it to market to sell! You can follow @bloomfieldboysproductions for up-to-date on my production company (with fellow company founder and producer extraordinaire Kyle Brady).

What’s next for the Rebel Filmmaking Community?

In the RFC, we have the podcast style classes in 6 sections: Development, Pre-Production, Production, Post-Production, Distribution and a Bonus section with more intangible and theoretical advice. We also include Producer Commentary on some of my earlier work so I can show you the exact “how” of something being made.

So, what’s next is more updating the courses as more work comes in. (I have made 3 pictures this year!). So, know this. When I am not posting for stints of time, that means I am working.

Use Code DIVVY for 50% off the Rebel Filmmaking Community Course 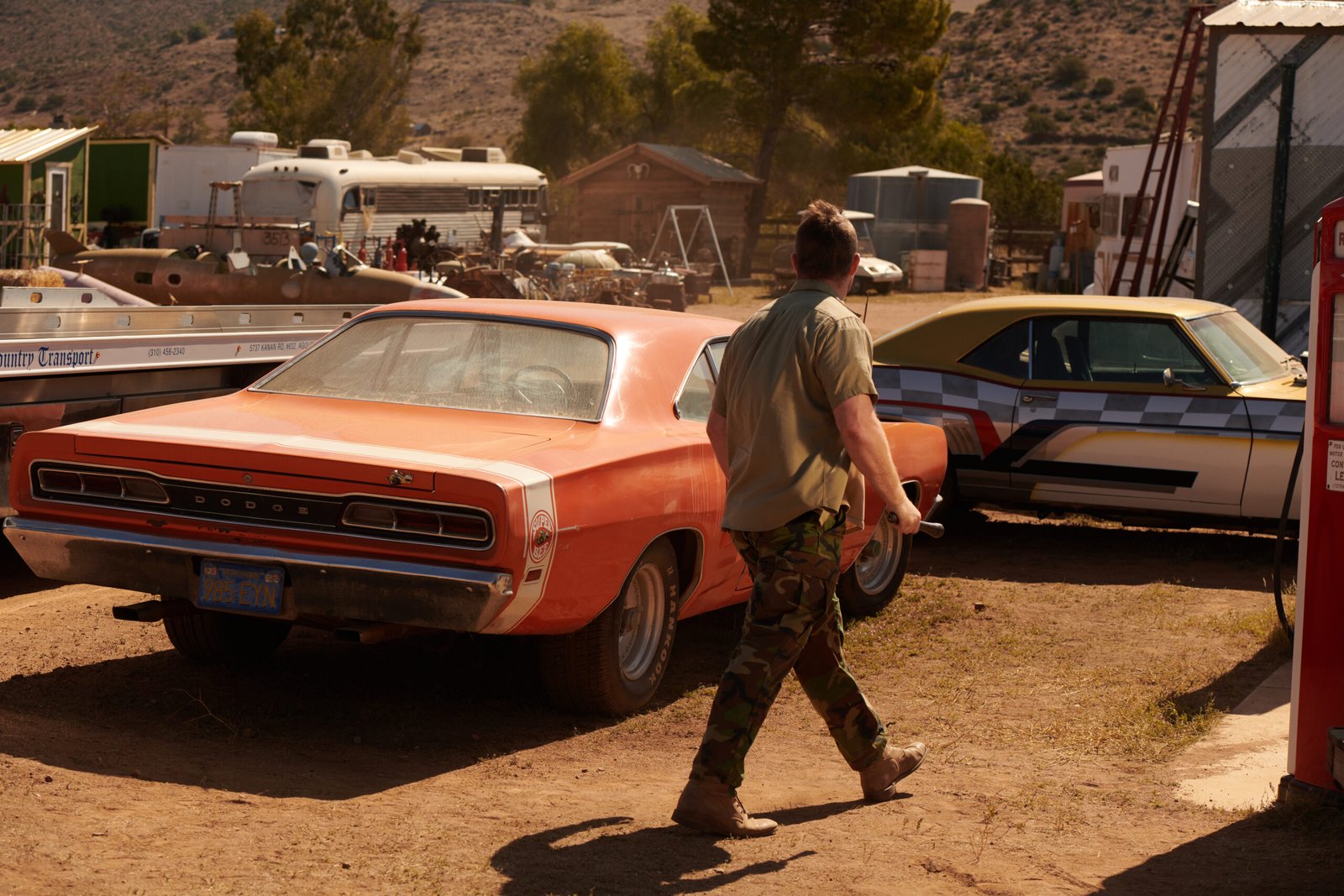